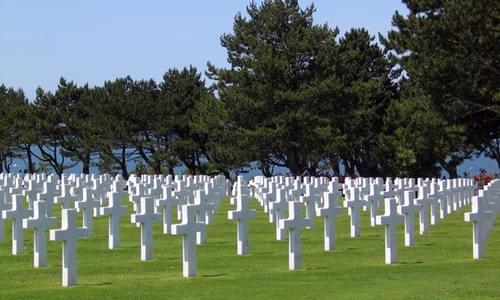 It’s perfectly acceptable that death and funerals make someone uncomfortable. If you’ve ever worried about the proper etiquette while at a funeral, HuffPost talked to some etiquette experts on what to avoid doing to respect the deceased’s family and friends.

The rudest thing to do at a funeral is show up late. Arrive at least 15 minutes to the funeral to allow yourself time to find a seat so that the aisle may be clear for family members. If you do arrive late, show up discreetly. Grab a seat quietly in the back if you must.

If you want to show the dead some respect, put that cellphone away! Don’t pick up your phone while at a funeral and please make sure you turn your ringer off. No one wants to hear your ringer while the eulogy is given. More people take post pics from funerals online but many people consider it rude unless given the “okay” by family members. Don’t post any pics to social media if you don’t want to offend anyone, either.

Other things that are considered rude at funerals include chewing gum, asking invasive questions about the deceased and telling family members that the dead “are in a better place.” Read all of the 16 rudest things you can do at a funeral at huffpost.com

Have you ever seen anyone do something you would consider rude at a funeral?