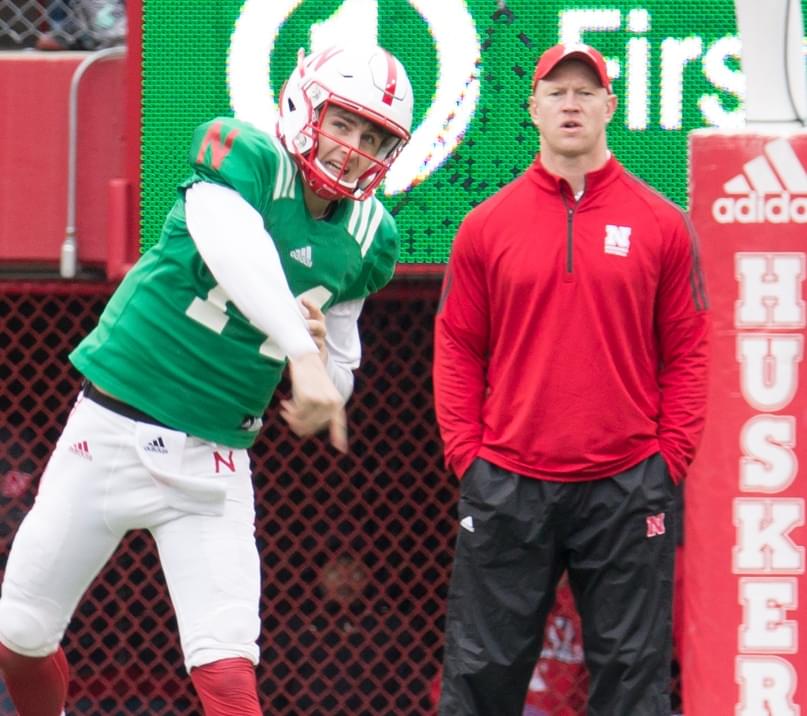 The excitement around Nebraska Football has not slowed for a second.

“It’s only gone up honestly,” senior linebacker Luke Gifford said. “When we got back this summer, it was go time and I think a lot of people were just so happy with the way that spring ball went and how much differently everything had gone, it just gave everybody energy.”

It certainly has given the senior class energy – a class recruited by Bo Pelini that will end their career with Scott Frost.

There’s been quite a change in the culture of the program over the last four years. In the last eight months, the winning culture that Nebraska seemed to have lost sight of has returned, and the team can sense it.

“Everybody’s wanting to win, and that’s something that’s been different from the years I’ve been playing,” senior defensive end Freedom Akinmoladun said. “It’s not just one position group. It’s not just the offense. It’s collectively the coaches, the players, everyone around Husker nation. We all want us to win and we all have that same mindset.”

High expectations for a first-year coach can be dangerous. In many cases, a coaching change is made after poor results. The Huskers just had their worst season since 1961. When Frost was brought on board in December, hope for the long-term future was restored.

In the short-term though, things could be difficult. While the Huskers return 15 starters, they boast the second toughest schedule in the country according to 247 Sports. Four of their 2018 opponents, Ohio State (No. 3), Wisconsin (No. 7), Michigan State (No. 12) and Michigan (No. 14) made the USA Today preseason coaches poll on Thursday.

What’s more, the only one of those four teams Nebraska gets at home is MSU. A gauntlet schedule, a coaching transition and a team that just went 4-8. Those are typically the earmarks of a “rebuilding year.”

Frost played at Nebraska. He knows as well as anyone that expectations in Lincoln are constantly high. He’s not asking fans to expect the world in his first year, but he wants to give them more than just a transition season.

“If we have anybody going into the season thinking this is going to be a rebuilding year, we’re not going to accomplish as much if we attack it,” Frost said. “It’s a natural progression when you have a team that’s coming off of a tough season that you have to first get them thinking they can win, and then get them knowing they can win and then getting them to expect to win.”

Senior right guard Tanner Farmer might already be expecting to win. The 6-foot-4, 325-pound lineman had a great summer, putting on 20 pounds of muscle and back-squatting 765 pounds three times.

Not surprisingly, the new standards and personal bests in the weight room have players’ confidence at a new high. Farmer expressed that new-found confidence on the eve of fall camp.

That excitement and confidence has naturally trickled down to the fan base. Akinmoladun has seen (and heard it) for himself.

“When Coach Frost came in, everybody was like, ‘Wow. Good things are going to happen.’ Even when I walk around, I’ve heard more ‘Go Big Reds’ than I’ve heard the last few years.”