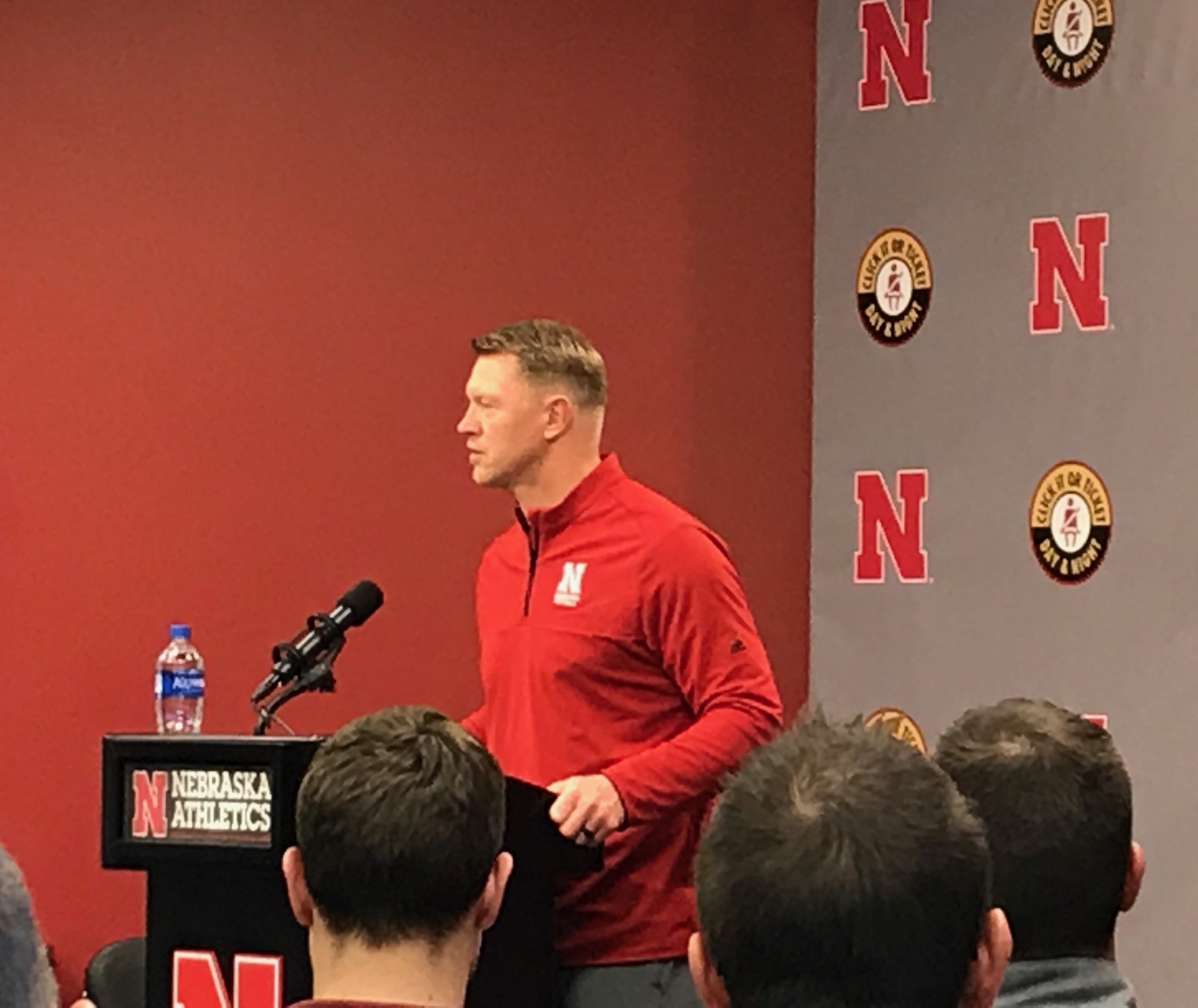 One week down. The Huskers have completed seven practices in fall camp, and for the most part, things are going as planned for Scott Frost.

“I see so much improvement from spring until now,” Nebraska’s head football coach said. “It’s amazing how far the guys have come. We still have a lot to improve on and a lot to get better at, but overall, I think camp has been really, really good and the players are giving us a lot of effort.”

There won’t be word on who the starting quarterback will be for about two weeks yet, and Frost will be looking for improvement out of that entire unit until then.

“(The quarterbacks) didn’t quite pick up where left off from spring,” Frost said. “I think the last few days, I’ve seen a big improvement, but everything just has to operate faster for them, and that’ll come when they’re familiar enough with the offense that it clicks in their mind faster.”

When asked about true freshman Adrian Martinez in particular, Frost said much the same.

“Adrian is great at times, and other times he looks like it’s moving a little too fast for him,” Frost said. “He’s got to pick up his pace both physically and mentally. At times, it’s tremendous. At other times, when he’s not quite sure, he’s a little tentative.”

Elsewhere on offense, the running back battle made a lot of news this week, particularly with sophomore Tre Bryant and true freshman Maurice Washington putting themselves squarely in the mix for playing time. Senior Devine Ozigbo is also progressing positively.

“Tre has done a great job,” Frost said. “Obviously (junior) Greg Bell had a good spring, and is doing a good job. Maurice has come in and shown some things. I think Devine is looking quicker and faster than I’ve ever seen him.”

“I’d say he’s exceeded my expectations. He was still getting his sea legs under him a little bit at the beginning of camp, but he’s athletic, he’s big, he has pass rush skill, he plays hard. He’s what you’re looking for.”

“Scientifically, the best way to get your body ready is active preparation,” he said. “It’s kind of a right of passage, too. To be able to not only go through stretch, but to really dominate stretch. It’s a mentality for us.”