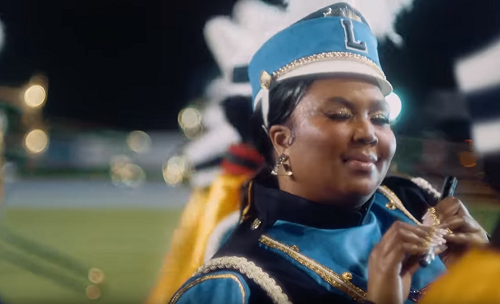 Lizzo went back to college for her Good As Hell video. The scene takes place on the campus of Southern University. Lizzo gets involved with the Human Jukebox Marching Band as well as the Dancing Dolls as they get down for Homecoming.

The song was originally released in 2016. It is finally rising on the charts at the end of 2019. What marching band did a great job interpreting a current hit song?