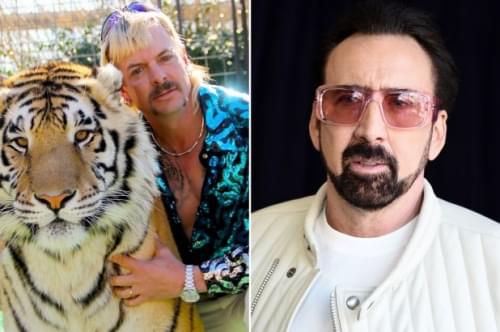 Actor Nicolas Cage has been tapped to roar into the role of Joe Exotic, from the Netflix docuseries Tiger King.

The eight-episode scripted series will follow Exotic’s journey to keep his animal park, as well as how he built the Joe Exotic persona.

In addition, the series will follow how Exotic “lost himself to the character of his own creation.”

Joe Exotic is currently serving time in federal prison for numerous violations at his G.W. Zoo in Wynnewood, Oklahoma, and was convicted of hiring somebody to kill Carol Baskin, who runs Big Cat Rescue in Tampa, Florida.

Do you think Nicolas Cage is the man to pull off the eccentricities and mannerisms of Joe Exotic?