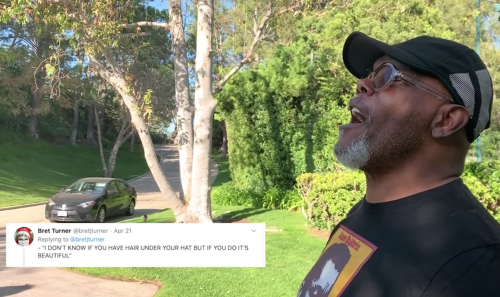 Krasinski told the story of two girls who complimented neighbors as they walked by.

Since there was no video footage of the kind gesture, Krasinski threw it to Jackson to help with a reenactment.

Jackson screamed, “Hey!  Your shirt matches your dog!  I like that about you!” and “I don’t know if you have hair under your hat, but if you do, I bet it’s beautiful!”

In the episode, Krasinski also sends the class of 2020 off with advice from Oprah Winfrey, Steven Spielberg, Malala Yousafzai and Jon Stewart.