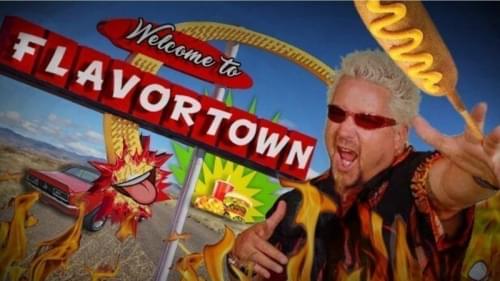 The controversy over depictions of Christopher Columbus in Columbus, Ohio, has led to an online petition calling for the city to be renamed Flavortown in honor of Guy Fieri.

The city of Columbus announced Thursday that the statue of Columbus outside of City Hall would be removed, and official are asking the Arts Commission to consider changes to the city’s seal, flag and other symbols.

The Change.org petition calls for the city to go a step further by changing its name to Flavortown in celebration of the city’s culinary bonafides and one of its most famous natives, TV chef Guy Fieri.

“Why not rename the city Flavortown?  The new name is twofold.  For one, it honors Central Ohio’s proud heritage as a culinary crossroads and one of the nation’s largest test markets for the food industry,” the petition states.

“Secondly, cheflebrity Guy Fieri was born in Columbus, so naming the city in honor of him (he’s a good dude, really) would be superior to its current nomenclature,” it adds.

Fieri was born in Columbus in 1968 and later moved to California before becoming a celebrity in the world of food.

The petition had amassed more than 44,000 signatures as of Tuesday morning.