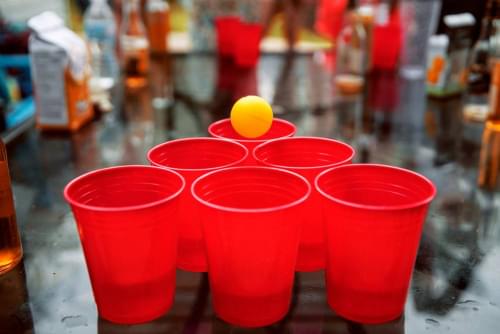 Post Malone is working on a “World Pong League.”  Not the classic video game, but a league dedicated to beer pong.

Post loves beer pong, and he is often caught playing it before and after shows.  Post and his legal team have gone so far as to trademark the sport.

TMZ is reporting that Post and his manager, Dre London, are planning for the World Pong League to hold official beer pong tournaments, competitions, events and exhibitions.

The merchandise is going to be big for the league with plans of the league logos to go on beverage glassware, drinking glasses, plastic cups, game tables, cup racks, balls and casual sportswear, including boxer shorts.

If you had a beer pong team, what would the name be?