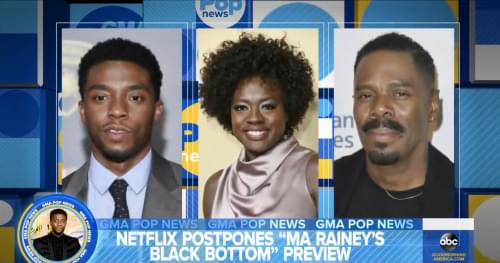 Fans will get a chance to see Chadwick Boseman’s final movie on Netflix.

Levee was in the band that backed up blues singer Ma Rainey, who will be played by Viola Davis.

The film, produced by Denzel Washington, is based on August Wilson’s 1982 play.

Boseman had a special connection to the film.  When he was a student at Howard University, Denzel Washington paid for him to attend a prestigious acting program, thanks to his professor Phylicia Rashad.