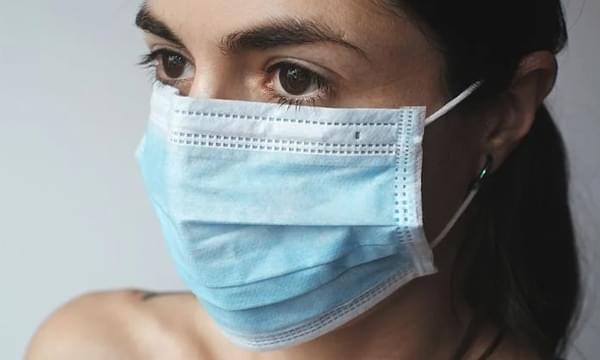 In the world of dating, there’s always some new trend going on and the latest one is something called “maskfishing.” According to Urban Dictionary, it’s “the phenomenon of wearing a mask to appear more attractive than you actually are.” So the idea is that by hiding the bottom half of your face, you’ll fool other singles into liking you. Apparently, it’s such a thing that one dating app started a “No Maskfishing Mandate” which bans users from posting only photos of themselves masked-up.

Some of us want people to wear masks, especially anyone they’re considering spending time with…but is it fair that’s the only thing showing? We don’t want to encourage deception on dating apps, but aren’t there many more important things that factor into attraction and someone being a good partner?

Some singles may see a profile pic of a potential match wearing a mask and assume they’re trying to hide something, but others may think they’re just doing it to show they care. Mask wearing is important to a lot of people and seeing someone in one would keep you from having to have that whole “So what are your thoughts on this COVID-19 thing?” conversation. But if you are trying to hide your chin or nose in your dating profile pic, face masks could definitely work to your advantage.