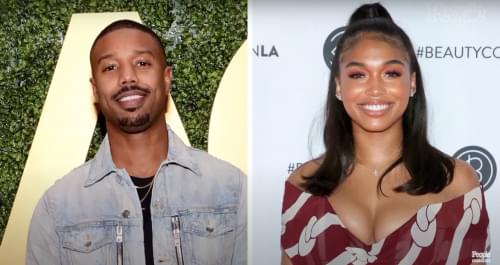 After months of speculation and rumors of Michael B. Jordan and Lori Harvey spending the holidays together with their families, the “Black Panther” star has gone Instagram official with Steve Harvey’s stepdaughter.

Jordan posted a series of photos coupled up with the notorious Harvey, one is of them in front of a Christmas tree, the other is what looks like Jordan whispering in Harvey’s ear, which she also posted to her Instagram page.

Jordan talked about the type of woman he was in search of during an interview with People Magazine saying that he wanted a woman that was “nurturing” and could understand his demanding schedule as an actress.

Harvey is legendary to many due to the men she has dated.  Her stepfather, Steve Harvey, is the author of the famous book, “Think Like a Man, Act Like A Woman,” which Lori has seemed to have mastered.

What do you think of Michael B. Jordan and Lori Harvey’s relationship?