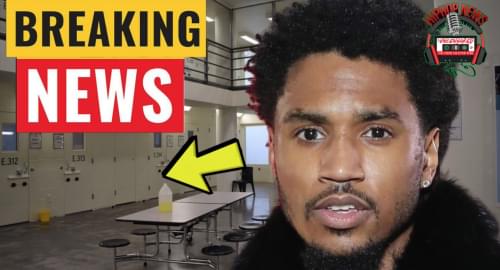 Video of Trey Songz in a violent altercation at the Kansas City Chiefs football game on Sunday night has surfaced.

According to witnesses, Trey was being heckled by fans behind him, and he asked them to chill out.

However, a police officer approached Trey and, without warning, the officer got physical.

Trey began to fight back, punching the officer in the head and wrestling him into a headlock.

The officer then pinned Trey to a seat while other officers arrived.

Trey was reportedly booked into jail and charged with trespassing, resisting arrest and assaulting a police officer, which is a minor felony.

He is reportedly on a 24-hour hold and will likely be released Monday evening.

Check out footage from the incident in the video below!