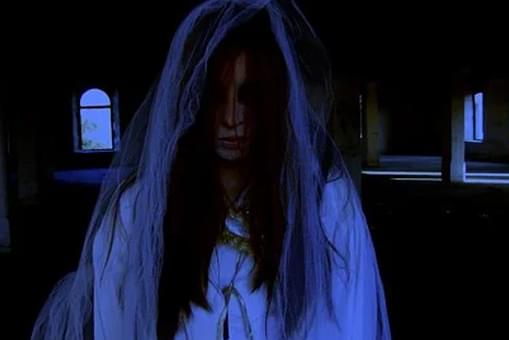 A couple with a young child and a new puppy say they often felt as if someone was watching them in their own home. Darren Pallister and his fiance Jessica Mason checked the motion-activated cameras that they recently installed around their house to monitor their Frenchie pups’ movements, but what they saw caused them to ‘nearly fall out of bed.’

Darren and Jessica say that their cameras managed to capture photographic evidence of a ‘blond ghost bride’ wandering through their dining room at 3am. Many believe the image shows a fresh-faced figure wearing a wedding dress, as she stands between a dining room table and cabinet staring blankly towards the patio windows.

Darren is now hoping to get in touch with a local historian to shed light on the situation because he says his landlord isn’t aware of any deaths at the property and is as baffled as he is. One thing is for sure, they are certainly convinced that they are not alone in that home.