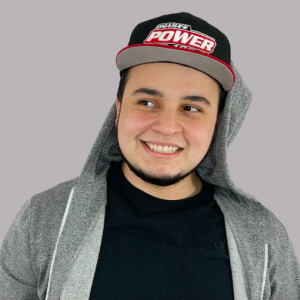 Tiago was born and raised in Colombia, South America. He moved to the U.S. in 2010 when he was 15 and attended Grand Island Senior High where he graduated in 2012. Tiago then moved to Lincoln to get his Broadcasting degree from the University of Nebraska-Lincoln. He’s been working in radio since he was 14 and has been involved in every aspect of it, including the creation of successful advertising campaigns and programming several radio formats.

Tiago is also a busy DJ who can be heard on different radio stations across Nebraska with his rush hour mixes. He also serves as the official DJ for the Nebraska Men’s Basketball team. You can catch him DJing at a club near you every weekend!

In his free time, Tiago enjoys going out with friends and constantly checking out local bars and nightclubs. Cooking, and especially grilling, are a part of his passions too. Before the pandemic, Tiago was a regular traveler, having visited 11 countries so far and with plans to continue to do this in the future. Tiago can’t live without his phone and is always checking out Instagram, Snapchat, TikTok and Facebook.